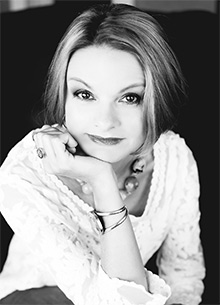 Born and raised in Cleveland, Ohio, my childhood was similar to that of the other kids of Hungarian refugees: Hungarian school on Monday nights, Hungarian scouts on Friday nights, and Hungarian folk dance lessons somewhere between the two. There was also plenty of sailing on Lake Erie, and camping with the scouts.

After graduating from Cleveland’s John Carroll University in 1986, I headed to Washington, DC where I had a once-in-a-lifetime opportunity to serve as a White House intern in the Office of Public Liaison. Fascinating jobs at the Republican National Committee, Bush-Quayle ’88 campaign, and the State Department followed.

In 1991, I, along with many others of Hungarian origin, came to Budapest to witness firsthand the historic end of Communism in Eastern Europe. The original plan was to stay for two years, return to the States, and leverage the international experience. However, as the saying goes, ‘life got in the way’ and here I am over 20 years later…and still enjoying all that Hungary and Europe have to offer.

I joined Burson-Marsteller in Budapest as a freelancer, rising through the ranks to become Managing Director in 1995. The opportunity to purchase the local office came in 1998, and we continued to lead the pack as we had done for many years. I went back to freelancing in 2002, and never thought much about what was or what might have been. I’ve been lucky enough to work with some of the best professionals and nicest people you’d ever want to meet, and the client work is still challenging and rewarding, even after all these years.

I bring a level of personalized attention to my client work that is hard to beat. Add to this the same kind of passion I have for American politics and I am a force to be reckoned with. I won’t tell you I can do something if I can’t, but I will find the right people to help you with whatever your business challenge may be. I’m also in touch with many of the professionals I started out with at Burson-Marsteller over 25 years ago, and would be happy to recommend you to my colleagues in Kyiv, Moscow, Prague, Warsaw, United Kingdom, and beyond, without reservation.